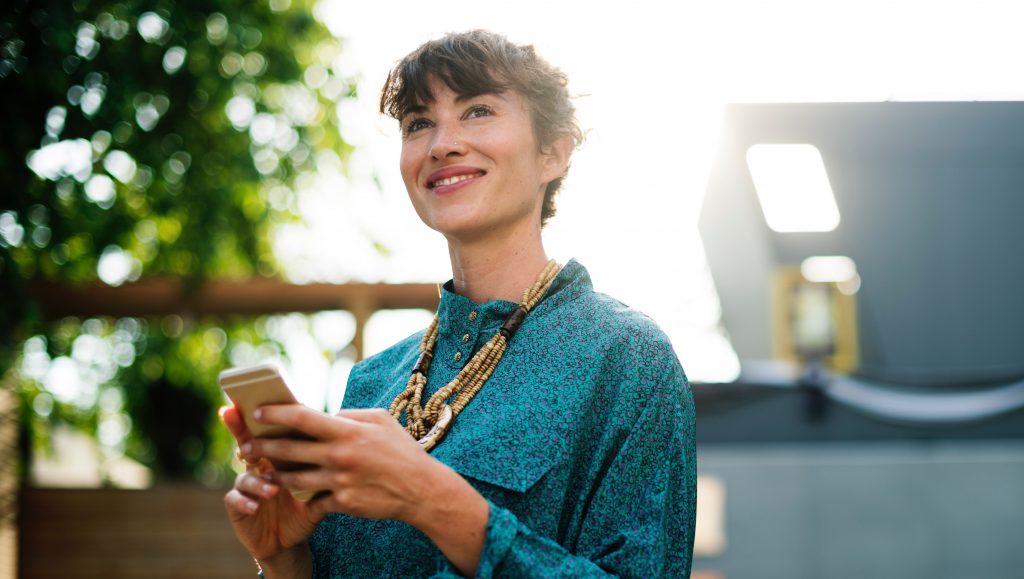 How to fight anxiety: 12 weeks of online therapy

I have had a hard time talking about my anxiety and I have wondered if I will ever learn how to fight anxiety on my own. I am a shy girl and it is quite difficult for me to talk about my problems. In fact, now that I think about it, few people are aware of what is going on in my personal life. I know people who tell everyone what’s going on with them: their family, friends, the doorman, the cab driver, and even the waiter around the corner.

How to fight anxiety

I, however, learned as a child that everyone should take responsibility for their own issues and not burden others with their problems. And that’s what I’ve always done, I’ve taken care of everything on my own.

It all started when I was 25 years old. I had finished my degree and was looking for a job. That’s when I started to experience anxiety attacks that drained me gradually. The continuous refusals every time I sent a resume, the weeks without a response, the uncertainty, the feeling that my life was not moving forward and that I was stagnating while others were progressing… everything was building up.

The feeling came and went. At times I controlled it and of course, no one knew anything about what was happening to me. I didn’t give it much importance at the time, ‘these things happen, ‘it’s a rough patch’, ‘it will pass, I thought.

At first, the attacks occurred during important occasions, then in any situation: when I was going to miss the bus, before, during, and after the job interviews, when a friend didn’t answer a message. Anxiety would take over and paralyze me. The times I tried to talk about it I felt like my partner, friends or family didn’t understand. I know they meant well, but they were telling me things that not only didn’t help me but made me feel worse… So I chose to withdraw even more into myself. I was lost and didn’t know how to fight anxiety and the feelings that were eating me up inside.

How to fight anxiety with the help of psychological therapy

Late one afternoon, a month after leaving my partner, I snapped. I couldn’t take it anymore, I just wanted to cry and cry until my heart stopped hurting.

Looking back now, at 31 years old, I realize how much I would have been spared if I had listened to what my body was telling me. If only I had sought professional help sooner. I was very sporty and yes, ‘a healthy mind is a healthy body’, but sometimes a healthy body is simply not enough: you have to take care of your mental health.

I hit rock bottom that day, I felt like I had completely lost control. I didn’t know who to turn to and I found ifeel, an online platform of psychologists as if it had fallen out of the sky. I had never, ever before, considered that option, but I was desperate and felt I had no one to talk to. I was not able to talk to my best friend, let alone a stranger!

And that’s how I found myself telling my life story to a psychologist whose face I would never see. I spoke to her as I had never spoken to anyone in my life before, I needed to let out everything I was carrying inside. She listened to me and as she replied I realized that it had been a long time since I had felt understood.

As I was writing I just cried and cried, but as she talked to me, I calmed down. Like a child who suddenly finds comfort from his mother. She calmed me down, asked me questions about myself to get to know me, and made me understand that what I needed was the support of a professional. Now that I look back on it, that was my first therapy session.

This psychologist was the one who linked me with Maribel, a psychologist specializing in anxiety with a very impressive resume and who to this day is still my therapist. When I started I was broken and didn’t know where to turn, I was a mess. And that’s how I took the plunge, started therapy, and learned how to fight anxiety.

As my therapy progressed, my mind became clearer – how had it taken me so long to do this? I wish I had started at 25 instead of 31!  Writing became an essential tool for me. Just having to organize all my thoughts and feelings and put them down on paper was an introspective catharsis. And every day I received responses from Maribel. To be able to share my whole story with someone completely impartial and completely anonymous, who also helps you to reorganize it, has been a wonderful experience.

We tend to trust friends or family, but they always have slightly biased opinions, because at the end of the day there is a sentimental relationship. However, a psychologist is a professional whose job is precisely to listen to you and equip you with the tools so that you yourself can move forward.

By rereading myself, I realized all my contradictions and forced myself to reflect in order to clarify what I was looking for in my life. With Maribel’s help, I gradually began to think about what I wanted, instead of continuing to do what others thought was good for me.

Sometimes I would relapse into an attack and feel that all the work had been in vain. How much Maribel must have had to put up with me during those times! But when the crisis passed and I chatted with her, I realized how much progress I had made. From learning to control my breathing to becoming aware of the source and how to fight anxiety.

The beginning was hard. I wasn’t able to acknowledge a lot of things, but there isn’t a day that goes by that I am not glad I took the plunge that horrible afternoon. I never want to feel what I felt back then again, and that is my motivation to keep learning how to fight anxiety and pursue my happiness.

I have to be honest: I’m still in therapy and I know I still have a long way to go. I still have difficult moments or situations that I can’t control, but I feel and live differently, and I think even my cat notices it.

Anxiety has been a companion for many years, but I am learning to live with it. I know it is a battle I will win. As Maribel always tells me, it’s just a matter of time, perseverance, and attitude.