Pride celebration is here and the LGBTQ discrimination at work environment is still an unresolved issue for society as a whole.

It’s likely you haven’t suffered it, or you might have done it without realizing it: although there are still large differences on a global level, this type of discrimination is becoming less frequent and is seen as wrongdoing.

However, even in countries that have a public opinion and favorable legislation towards sexual and gender diversity, too many people face some type of discrimination or work exclusion due to this reason.

Either as a result of a personal experience or observing the work environment at a company they belong to, a lot of people have reached an unconscious conclusion that they must keep their sexual or gender identity a secret, in the case of being gay, lesbian, bisexual o transexual. It is a given that people think it is not a valid topic to share naturally in their work environment, even though their heterosexual or cisgender colleagues can talk about their identity and orientation constantly, which doesn’t seem to be a big deal.

In other cases, the person takes a conscious and deliberate decision to not unveil their sexual orientation or gender identity in their company as they are worried they will face discrimination for being an LGBTQI+ person. It is quite a clear defense mechanism in light of a threat: the function of this mechanism is to avoid (possible) conflict or harm, at the cost of losing spontaneity, authenticity, not making yourself known, and maintaining a distance from colleagues.

Being the only gay, lesbian, or only trans person in your team or company (these are just three examples) can make you someone different from the rest. It is simply a fact, the statistics are what they are, but there is nothing wrong with being different. The problem occurs when being different prevents you from fitting in, makes you or others uncomfortable. In this case, when being different makes you discordant (meaning it puts you out of tune) there is a serious problem in your company’s corporate culture that will negatively affect your team’s cohesion.

Sometimes the mismatch can be so subtle it goes unnoticed and we make it something normal. Take a look at this sentence: “I’m not homophobic in my job, but I am in an environment that is a little adverse to me”. Have you ever heard this phrase before or had a similar thought?

Alright, you don’t want to exaggerate. No one has openly insulted you or has discriminated against you for a promotion for the mere fact of being an LGBTQI+ person. However, an extreme case doesn’t need to occur to admit that something is not quite right. If you don’t directly suffer from homophobia at work but can’t openly prove you are not the heterosexual or cisgender person who everyone thinks… stop thinking: either you are a very paranoid person (distrustful) or you are suffering some sort of homophobia in your workplace but you still haven’t realized.

By the way, maybe no one has openly insulted you or discriminated against you for a promotion because, as far as you think,  no one knows you are an LGBTQI+, not because your company’s culture is not homophobic. Have you never thought about that?

This doesn’t mean any hurtful comment you hear in your office is considered a crime against humanity. It means that LGBTQI+-phobia can have different levels that should be avoided so nobody feels uncomfortable, without going into extremisms but without letting go of those actions which are aggression and affect the emotional well-being of staff.

Fair practices against the discrimination of LGBTIQ+ people at work

You can find many reports that describe fair practices a company should contemplate treating gender and sexual diversity on the internet. At the end of the day, if a company only has four or five members there might not be much diversity, but we would only need to increase the number a little for demographics to do their job. That’s why, if you think you are the only LGBTQI+ person in your workplace, chances are you are probably wrong.

In any case, fair practices to avoid LGBTQI+ discrimination should be built-in corporate culture. Sexual diversity is one of many examples, if taken care of properly, employees will know the same applies to functional diversity, religion, and ethnicity.

To make it easy for you, the following 5 suggestions include fair practices which you can implement by tomorrow to avoid discrimination of LGBTQI+ people in your workplace:

1. Explicitly include respect for diversity– for example, gender and sexual diversity- in workplace culture, accompanied by an explicit accusation of discriminatory practices.

For example: “In this company, we celebrate sexual diversity and value it. Everyone is welcome whatever their sexual orientation or gender identity. Discrimination is the opposite to our values”.

2. Carry out training and activities with staff that raises awareness on sexual and gender diversity.

For example: Set up a workshop that explains the differences between sexual orientation, gender identity, and gender expressionism. What is the meaning of LGBTIQ+ Pride or what is heteronormativity?

3. Avoid the universal presumption of heterosexuality in both the internal and external communications of the company.

For example: “Girls, tell your boyfriends to…” or “What man wouldn’t fall for a woman like you?”.

4. Keep in mind the relative aspects of sexual and gender diversity when proposing expatriations to places that may be of risk for these people.

For example: “You can opt for the role in Saudi Arabia but there are other alternatives when going abroad and we can consider them, your safety comes first”.

5. Explicitly include Pride celebration in the work calendar, if your company usually celebrates other key dates, Pride should be included as well.

For example: mention Pride in your internal newsletter, alter the logo with the rainbow, or do what is usually done for other celebrations throughout the year.

Respecting sexual and gender diversity is good for your company

At times, the easy way out of not getting involved against sexual discrimination is to simply do nothing. It is enough to trust that such things do not happen in our company or that avoiding discrimination on these grounds is not a corporate responsibility.

Of course, this is the legitimate option. What you should ask yourself now if it is the most appropriate way to improve the work environment at your company, and therefore improve productivity. The answer is simple: it isn’t.

Whatever the size of your company- it´s a given LGBTIQ+ people are working there.  Of course, they are there to do their jobs but you know what? They’ll do it much better if they perceive that they can be themselves as naturally as their heterosexual and cisgender colleagues. Doing something better means you do it with interest and cooperating with your peers, bringing new ideas to the table, making the task your own, protecting the company’s image, and recommending other talented people to join the team. This is why, from now onwards, your team should tackle discrimination towards LGBTQI+ people.

On the contrary, if they perceive a hostile work environment, where LGBTIQ+-phobia and other forms of sexism are present, their interest in working more and better for that company will be at a minimum. At the slightest opportunity, their talent will flee to the company across the street, if they feel that discrimination against LGBTIQ+ is addressed there.

If you don’t want your workers to flee the nest because they feel discriminated against, take initiative, turn it into strategic decisions and take it in the right direction to improve the psychological well-being of your employees: this is the most powerful tool to improve their performance.

Feeling stuck? Ifeel has created an emotional well-being package for companies through which human resources managers from your company can get advice on how to improve the work climate and promote mental health awareness in their staff.

This is an active inclusion policy within the company. The contrary would be to assume everyone is alright, and avoid “meddling” in these “personal matters” with the excuse that they should be put aside from your professional life, which is not true: it isn’t a barrier between the personal and professional life.

If you have any responsibility as a manager or in a human resources department, don’t doubt it: turn inclusion into a competitive advantage and promote productivity as well as talent attraction and retention.

Let’s not be naive: Why would someone, who doesn’t feel there is any inclusivity in their company, do their best to thrive? What is their level of commitment, sense of belonging, experience as an employee regarding the company? Talent isn’t LGBTIQ+ but LGBTQI+ people also have it, only they prefer to use their talent where they are taken care of.

Ultimately, protecting diversity and inclusion pays off. It promotes the emotional well-being of employees, improves the work environment, enhances employee commitment, and stimulates talent retention. Not doing this can be immoral or illegal, depending on the case, but it is considered an error that then has affected productivity.

Get in touch with us today and ask about how the emotional well-being program for businesses at ifeel can help you in this process. At the end of the day, each one of you will feel prouder. 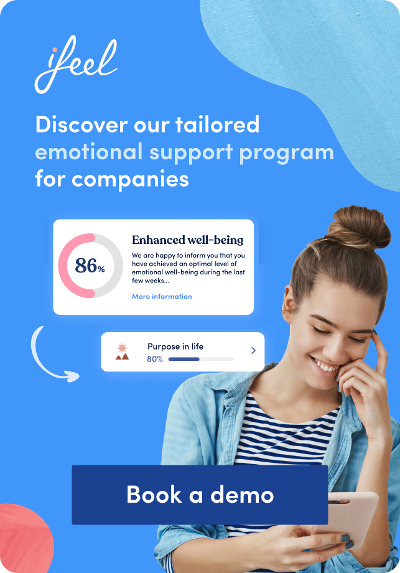 We think that articles may interest you 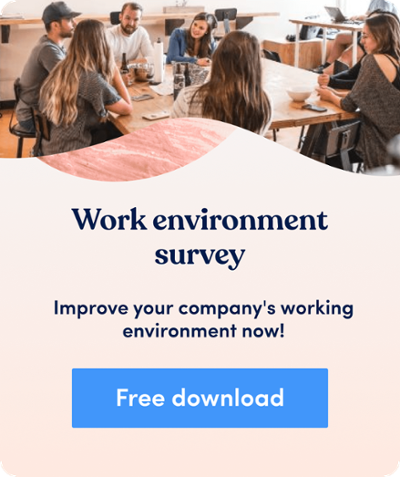 We think these articles may interest you

Do you know what mentoring is?

What is employee experience?